Oceans Of Milk And Treacle 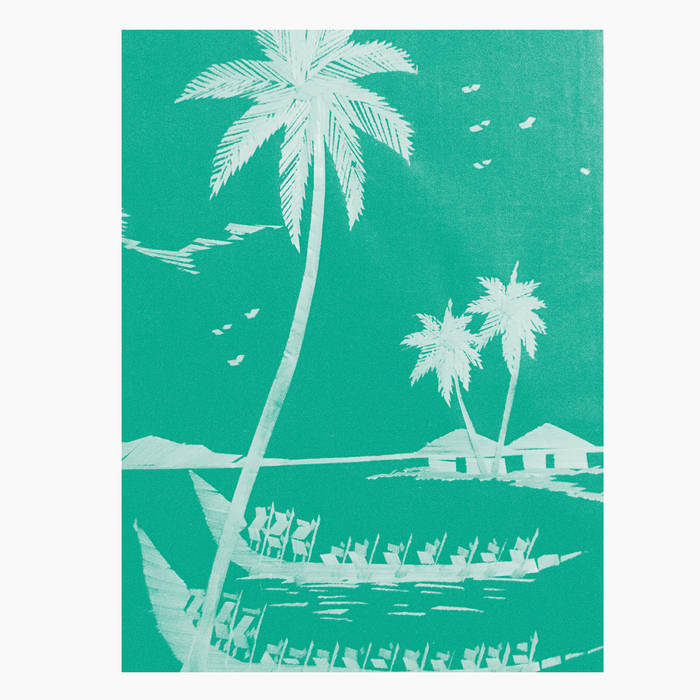 The other Christian McBride

From Mike Cooper
This is a soundtrack for an otherwise silent film. The title of the album, and of course the film, is borrowed from my late friend Fred Hardy’s book The Religious Culture of India - Power, Love and Wisdom, considered to be one of the most important books on the subject. In this book Fred wrote...

“In 1835 the historian Macaulay investigated whether there was anything in the traditional Indian systems of learning and education that could be used in the training of native personnel. In fairness to Mr Macaulay, we must remember that those were days long before the writings of a Tolkien or a Mervyn Peake. He came to the devastating conclusion that people who believe in oceans of milk and treacle had nothing to offer to a modern system of education. A straightforward, realistic assessment in an age that believed in science and realism! The effects were far-reaching. Traditional Indian ways of looking at the world were written off as obsolete. India was provided with three universities (Calcutta, Bombay and Madras, founded in 1857) as the hothouses to nurture a custom-built, English-speaking Indian intelligentsia. A new age began for India, and two of its inevitable consequences were the demand for independence and the production of atomic bombs and satellites by the post-independent Bhārat.”

In Hindu cosmology, the Ocean of Milk (Kṣīra Sāgara in Sanscrit) is the fifth from the center of the seven oceans. It surrounds the continent known as Krauncha. According to Hindu scriptures, the devas and asuras worked together for a millennium to churn the ocean and release Amrita the nectar of immortal life. It is spoken of in the Samudra manthana chapter of the Puranas, a body of ancient Hindu legends. It is called Thirupaarkadal (Sacred Sea of Milk) in Tamil and is the place where Vishnu reclines over Shesha Naga along with his consort Lakshmi.

In his book Postcolonial Interruptions, Unauthorised Modernities (2017), Iain Chambers maintains that “… in the context of increasing neo-liberalisation processes of universities and scholarships, academic knowledge should no longer be considered the only legitimate mode of critically understanding the world…”. Chambers argues that "nowadays the most interesting and sophisticated critical knowledge of the contemporary world is coming from what he calls post-colonial works of art."

A Hydra is a genus of small, fresh-water organisms native to the temperate and tropical regions. Biologists are especially interested in Hydra because of their regenerative ability – they do not appear to die of old age, or indeed to age at all.
Some long time fellow musical travellers are called upon to lend a hand on this album.

Saxophonists Geoff Hawkins and Aaron Hawkins. Geoff is on many of my earlier records and we have known each other for over 60 years. Aaron is one of his sons.

Viv Corringham - Vocalist and ‘deep listening’ artist dedicated to walking, listening and singing all at the same time in her work which she calls Shadow Walks.   Saxophonist Tim Hill, now established in the West Country of England where he organises musical street theatre events and several small ensembles playing free improvised and composed music.

Lol Coxhill and Roger Turner, colleagues from The Recedents, an improvising music trio we had for 20 plus years, appear in a short extract from our five c.d. box set Wishing You Were Here. Lol is unfortunately no longer with us.

I was moved to embrace how the digital, virtual, acoustic and natural worlds intersect in making this edition.