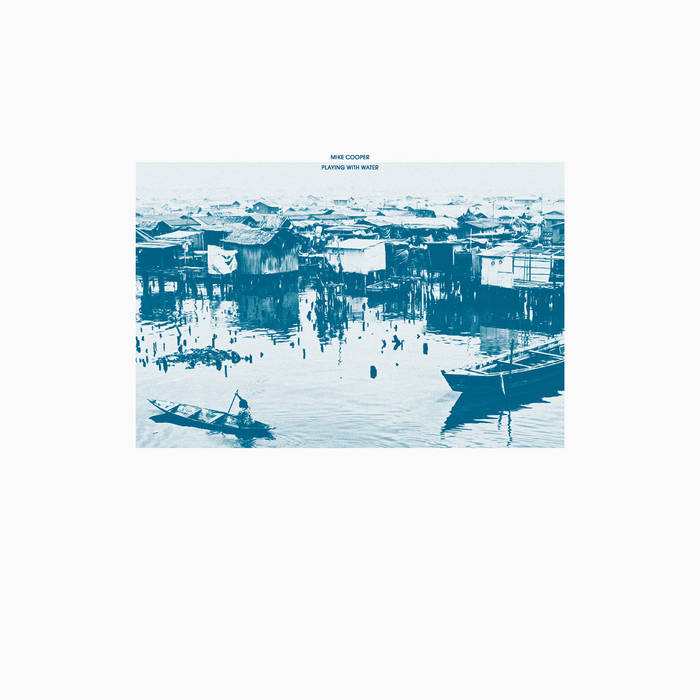 Playing With Water is a novel written by James Hamilton-Paterson. I was introduced to his writing by the Australian poet Peter Bakowski who gave me a copy of his book ‘Seven Tenths - The Sea And Its Thresholds’; a book that influenced my record Globe Notes and subsequent works immensely. Another of his books ‘Playing With Water: Passion And Solitude On A Philippine Island’ is about exactly what the title describes it as and provided me with the title.

The first edition on my Hipshot c.d.r label in 1999 was titled Kiribati and was dedicated to the people of that Pacific Island nation as I shared their concern, then as now, with the fact of rising sea levels due to global warming which threatens to destroy or make uninhabitable their low lying island homes. That album was the start of a long musical and artistic journey for me.
In the years that followed I have visited many places around the North and South Pacific, South East Asia and The Caribbean that are also in danger of being inundated as water levels rise, both coastal and inland, due to melting ice or weather patterns that change drastically bringing untypical amounts of rainfall.
Cities such as Venice, Bangkok, Jakarta, London, Manhattan or any coastal, or near a major river, city will be subject to serious flooding and subsidence and may well become uninhabitable in the same way in the very near future.

Bangkok was previously known as ‘The Venice Of South East Asia’ and its now roads were once canals. I have been in that city during the monsoon season and seen water coming up through the floor of shops and houses exiting to the street through the door. Jakarta is currently sinking at such an alarming rate that the Indonesian Government is building a new capital city in Kalimantan (Borneo)

Another conceptual thread connecting them is my concern for the co-habitation of the human and non-human world expressed through my use of unprocessed avian or insect field recordings of song, signs and signals. Climate change, as well as the destruction by humans of the natural habitat of many species, is disturbing the balanced relationship we need to have with nature. Indigenous and small, often nomadic, coastal communities are very aware of this balance and the incursion of the industrial world into their way of life is having disastrous effects which will ( if not already ) have similar effects and repercussions on ours.
There are field recordings on this edition from Pulau Ubin, Ko Phayan, Ko Lanta, Sri Lanka, Bangkok, St.Lucia and Martinique; all places that can look forward to or are already witnessing the Postdiluvian Future.

We could quite possibly all be looking forward to an island existence in that future where all of our cities, or Wetropolis, will be floating worlds of Aquatecture and Aquaculture will provide all our food, powered by wind, solar or mechanical energy from the tides and the waves. Oceans cover 70 percent of the Earth’s surface making it the worlds largest solar collector - Seven Tenths

In 1957 the Rio Turia that ran through the city flooded to such an extent, killing 60 people, that it was diverted to the south and what was the riverbed turned into a park which runs through the centre and surrounds the old part of the city. Within a few weeks after finishing recording this collection in my studio in Valencia the city experienced the biggest storm recorded in over a hundred years. Within a day the normally 135 metre wide, several kilometres long, Malvarrosa beach and the 10 metre paseo and road beyond it was completely flooded, as were the restaurants lining it. After cleaning and repairs some weeks later they re-opened only to be closed again two weeks after by the pandemic and subsequent lockdown in which I am now writing this.

My guitar playing here, as always, draws on a number of styles and genres influenced by Hawaiian Slack Key and Lap Steel guitar.